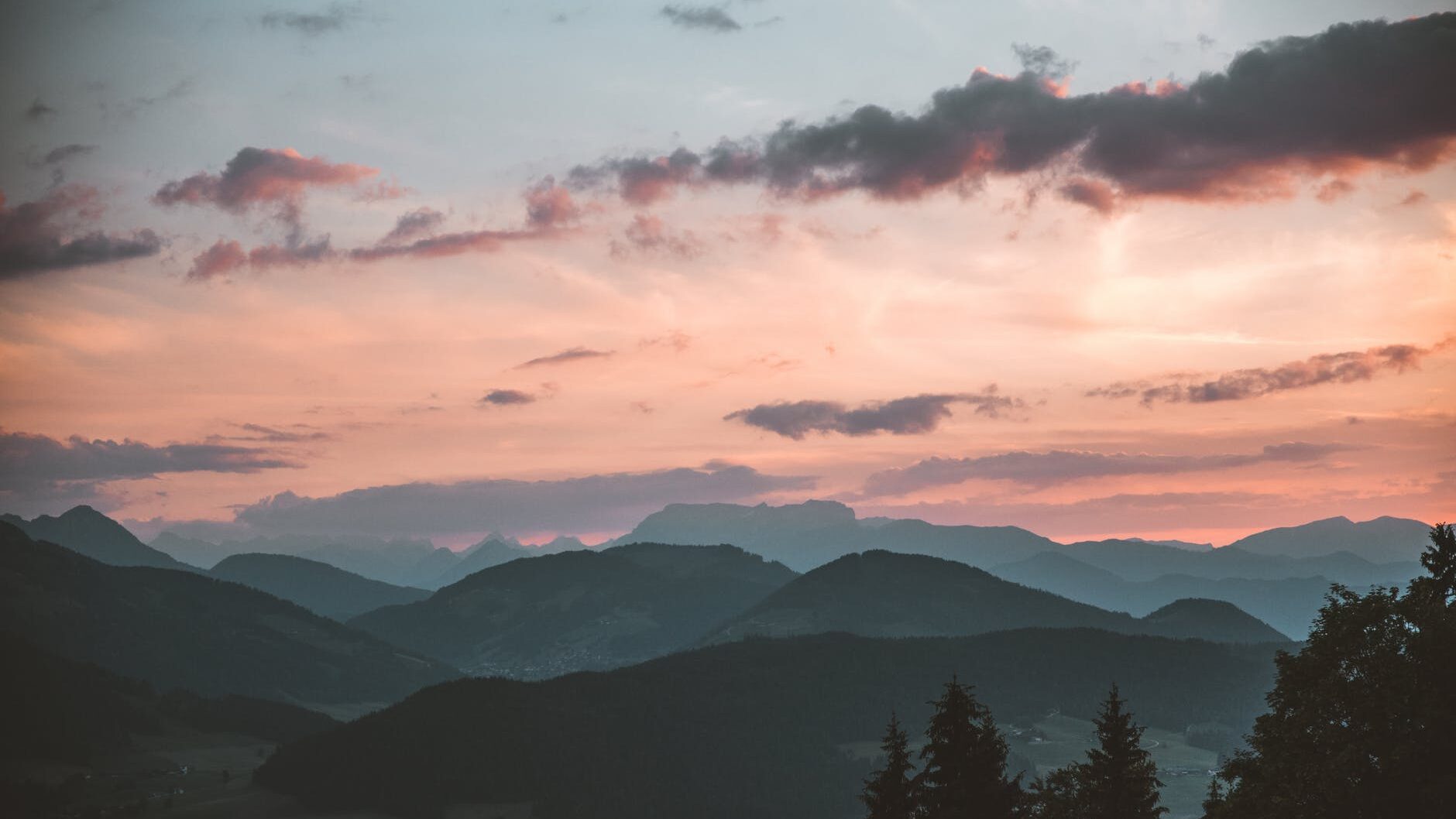 Visual novele is a great testing ground for any game writer. Here they can test their writing skills, learn how to edit scenes and collaborate with the rest of the team.

Collaboration is the key to a successful game. In the case of visual novels, it is very important that both the scriptwriter and the graphic designers are on the same wavelength, and preferably work together on the proper (if only in draft) arrangement of the game boards.  As we know from experience: often, for a novice screenwriter to write a narrative for a single finished panel is not a proper test of his skills. The challenge begins when it comes to linking several boards together into a neat story sequence.

Static vs dynamic, or a few words about graphic design

In general, the construction of graphics in visual novels can be divided in the simplest way into two categories: static and dynamic. Some games enclose the entire course of action within one or more static boards. The following boards mark the change of locations. To illustrate this, let’s take the “Slay the Princess” demo as an example (I choose demo of this game to not reveal to much from it’s story). 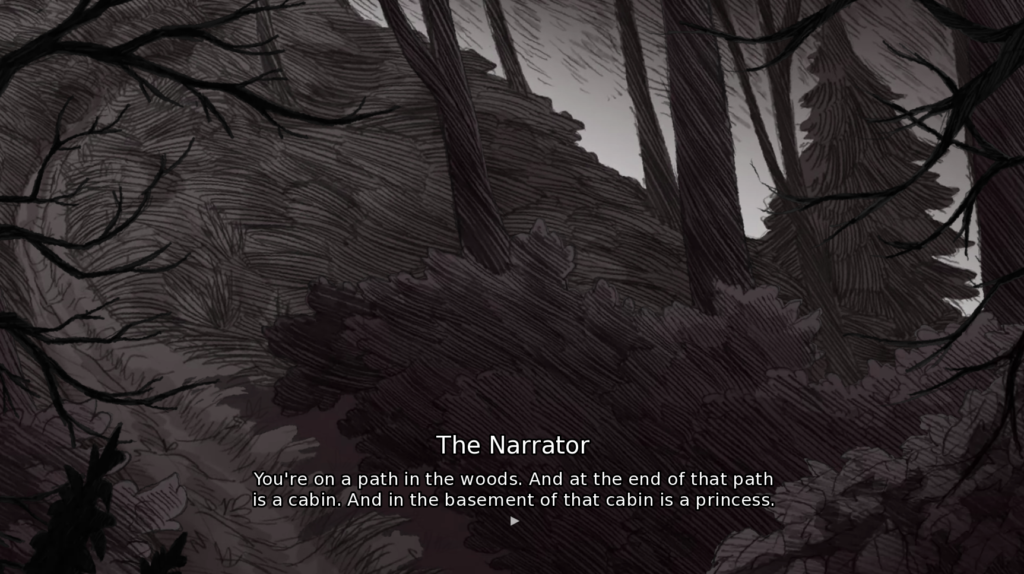 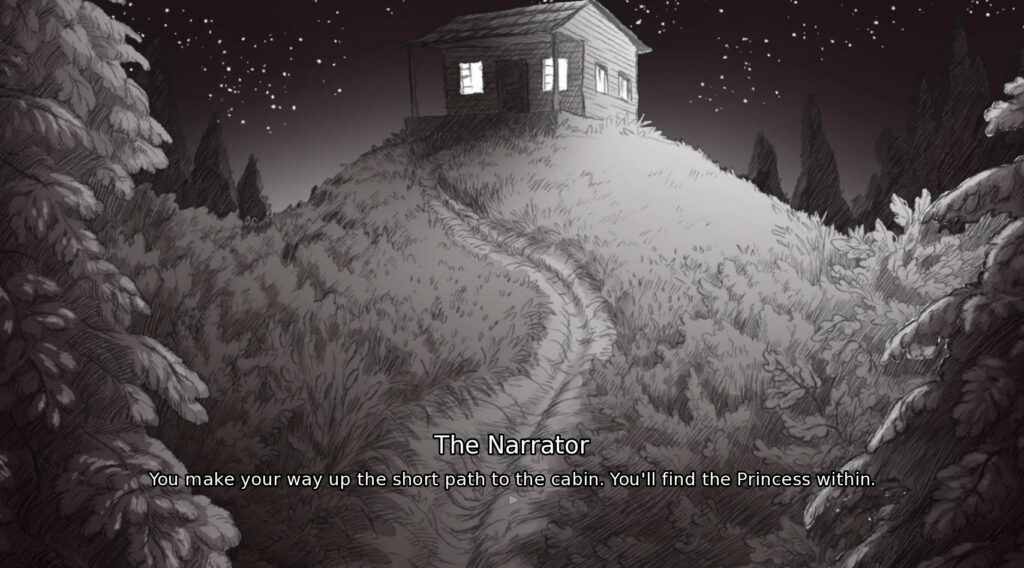 In this case, each following board focuses on showing individual locations. The continuity of the narrative is maintained, but this kind of layout is not very dynamic. It builds up a certain kind of expectation. It works well for exposition, but if we tried to create the whole game this way, it would quickly become quite boring. That’s why it’s worth looking for a way to make the narrative more dynamic starting with narrative crucial moments. The following boards from “Slay The Princess” show this perfectly. See what happens when the player finds the princess and decides to kill her: 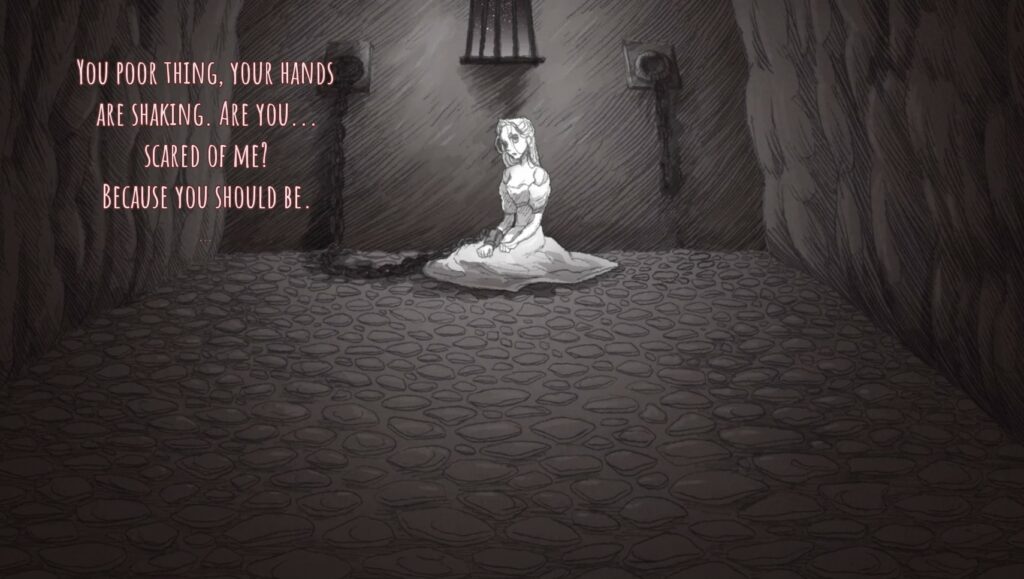 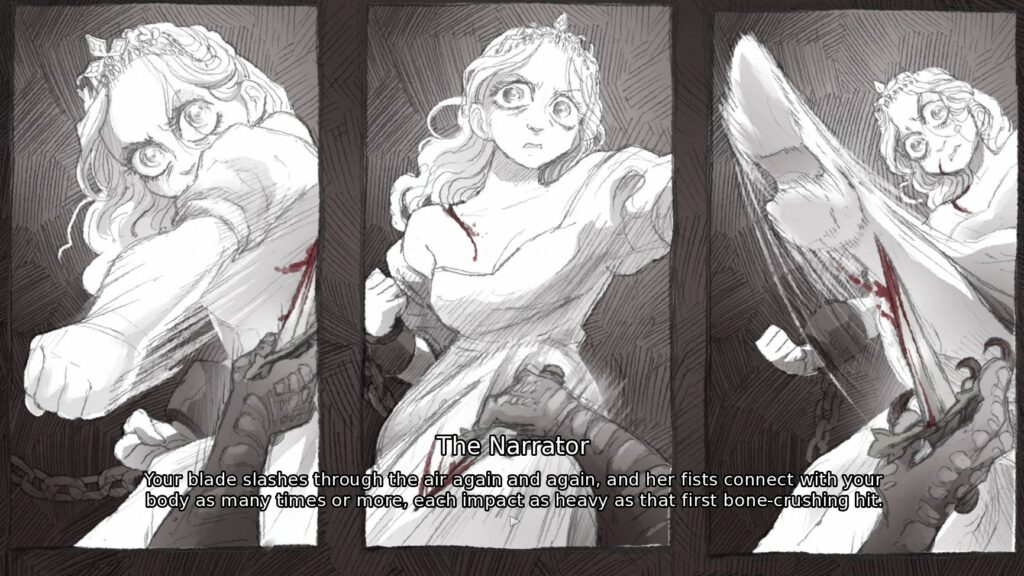 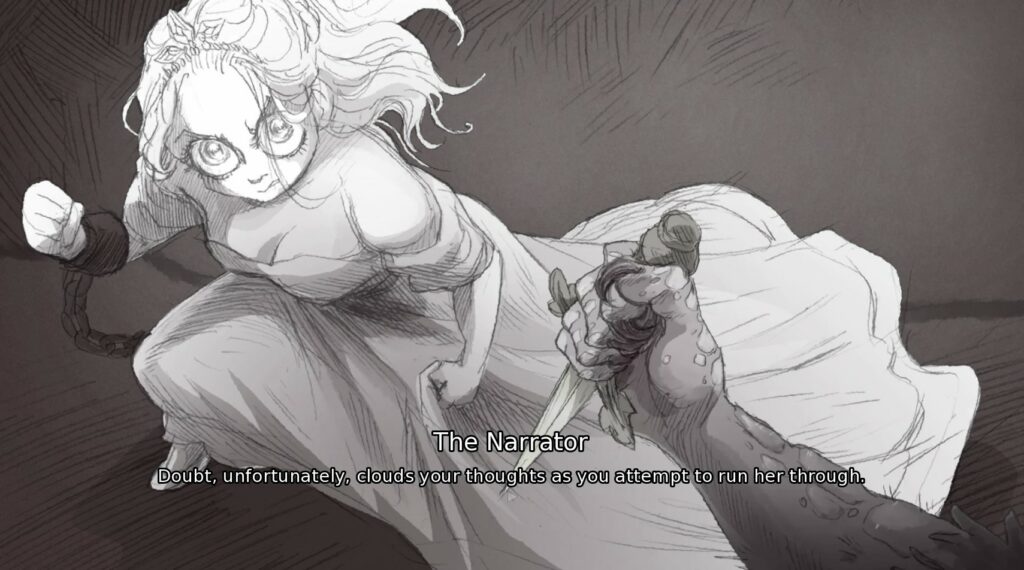 We have moved from static frames to a more dynamic depiction of action. But you may be wondering, what do these paneling decision have to do with your work as a screenwriter? Well, more than you might think at first…

It is useful to look at boards in visual novels similarly to scenes in a movie or comic book. They can be combined by the change of location or by the action. In the latter case, the screenwriter must ask himself an important question: how should they end one panel in order to move dynamically to the next one? It is very important to find a suitable narrative bridge that will not break player’s immersion. This kind of link can be determined by certain dramatic situations, for example:

– Transition from one emotional state to another, on opposite ends of the poles.

– Continuation of the action from the previous board from the perspective of a different character.

– Drawing attention to an important detail. “He reached under his coat and pulled out a gun…”

The best results come from varying narrative techniques. If you build each transition (from board to board) in only one style, for example: ” we enter a dark corridor and suddenly we hear…” no matter how hard the graphic designer tries, textwise the game will very quickly become predictable and dull.

Each board has a purpose in the game. Each one of them is created with a function. Only after a panel has fulfilled its plot function, you as a scriptwriter can start planning on how to combine the panels together. Remember, when you are editing an action scene the following scene should be it’s strong continuation. Introducing sudden environment descriptions or going into unnecessary details will always slow down the narrative or even disrupt the logic of the scene’s flow.

The approache presented above is often effective, but it have one drawback: it leaves out subject’s agency. Players are led on a string. They have no influence on their fate… However, it doesn’t have to be this way. Decision making is a great oportunity to designate the transition to the next board. Let’s go back to the example from “Slay the Princess”, where a lot of transitions are built on the player’s choices. 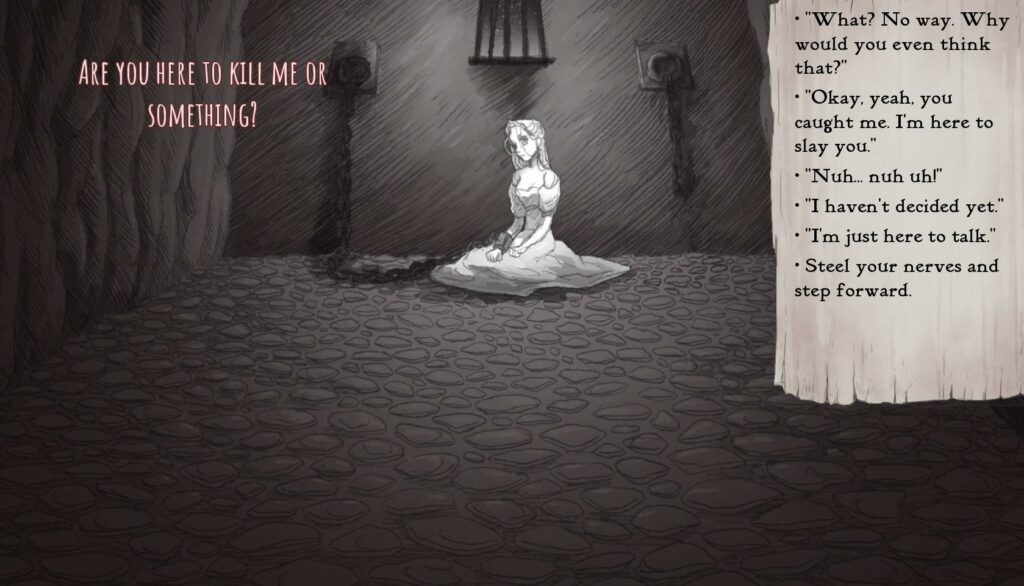 Sometimes giving the player a choice (even if all options lead to the same next board anyway) can solve the problem of building clever transitions between boards, and at the same time benefit the gamer’s experience. The player will naturally feel that next panel is a reaction to the choice he has just made. He will thus have a greater sense that his actions have a real impact on the game world. So if you have the opportunity to put choices in the game, don’t forget to include some of them as a linking between different boards. The players will thank you!

Many paths, but one goal

The above brief overview of montage strategies in visual novels shows the important interdependencies that exist between in-game graphics and textual narration. Close collaboration between graphic designers and screenwriters can result in solutions, where text and visuals complement each other in creative ways. Remember however, that your team not only consists of graphic designers. To make a game you need music, animation, gameplay…. So many features that you should also take advantage of. As a visual novel writer, you shouldn’t just think about the text, but also how the text can correspond with other elements of the overall gameplay.  In the end, it’s all about one thing: to create the best game possible!